Eyecare Center of Snohomish Contents About Us Our Technology HRT II 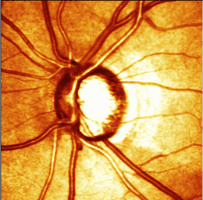 The Heidelberg Retina Tomograph (HRT) is a confocal scanning laser ophthalmoscope. A laser light scans the retina in 24 millisecond sequential scans, starting above the retinal surface, then capturing parallel images at increasing depths. The stacks of images can be combined to create a three-dimensional (3-D) topographic image of the retina. Images are aligned and compared using TruTrack™ software for both individual examinations and for detecting change between examinations. The same technology is used in the HRT Retina Module. 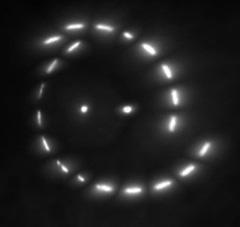 The HRT scans the retina in 24-milliseconds, faster than most involuntary eye movements (micro saccades occur in 30-50 milliseconds) and faster than voluntary eye movements (macro saccades occur in 150 or more milliseconds). Each scan is composed of 384 x 384 pixels for a total of 147,456 data points covering a 15-degree area of the retina. Other technologies, such as time-domain OCT, scan slower than 24-milliseconds, contributing to motion artifact (blurring of the data).

When applying the technology to glaucoma, the HRT takes data from a 3-D stack of tomographic images of the optic nerve and retinal nerve fiber layer (RNFL), aligns the images and computes a 3-D topographic map of the surface of the retina. This 3-D topographic map is analyzed for signs of glaucomatous damage and the results are displayed on either a single eye examination report or on an OU examination report. 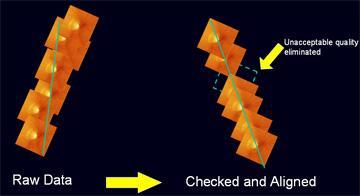 TruTrack™ is proprietary software which aligns images within examinations and between examinations. The software uses anatomical features (such as blood vessel patterns) and other image characteristics to align the images. Good image analysis requires both high quality images (fast scanning) and image alignment. To construct a single examination, the software aligns a stack of individual scans. Each scan is examined for image quality and if any are found to be outside of acceptable quality indices, the scan is discarded from the image set. Three sets of scans are automatically captured at each acquisition, providing data redundancy. The three sets are used to create a final composite image for analysis. Only Heidelberg Engineering offers retinal imaging technology which automatically discards low quality scans.

Office Hours
Get in touch